A snowstorm which pounded the city on Tuesday was so strong that it managed to shatter 5th avenue Apples store’s Iconic Glass Cube.
As announced by the Apple the glass apparently shattered when a snowstorm hit the cube in the afternoon The structure was renovated at a cost of $6.7 million in 2011, this means that repairing(replacing)  the glass definitely won’t be cheap, one could cost as much as $440,000.
Apple have confirmed that despite the damage the store will remain open , and they didn’t mention when the shattered glass will be replaced.
A few photos of shattered Iconic Glass Cube were posted on Instagram and Twitter by the users, here are some: 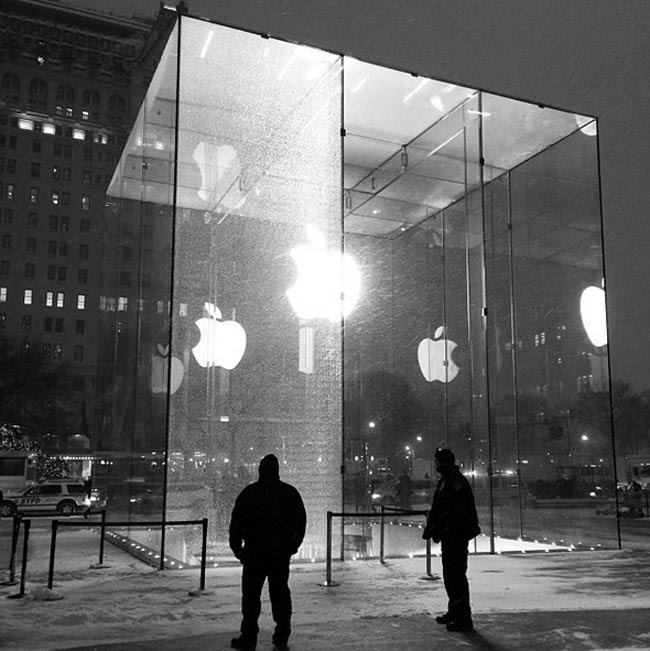